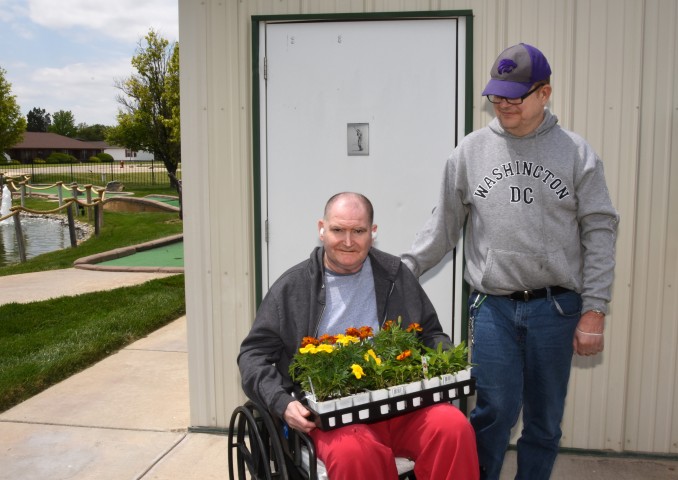 American essayist and philosopher Henry David Thoreau wrote, “Be not simply good, be good for something.” Thoreau’s words speak to responsibility of service that Rosewood Miracle Workers AKTION Club members strive to live by in performing their community role.

On Friday afternoon, May 14, a group of more than a dozen AKTION Club members completed a service project at Great Bend’s Walnut Bowl and Mini Golf. Members removed trash and debris from the ditch east of the property, and spent time planting flowers at the bowling alley, as well as the adjacent mini golf facility.

“Beyond our annual fund drives that Rosewood AKTION Club performs, we are always open to performing service projects,” said Pelster. “Our members like being involved in the different aspects of projects and playing an integral role in helping the community. Walnut Bowl’s request for our involvement and willingness to donate to our club’s cause is so appreciated by our members.” 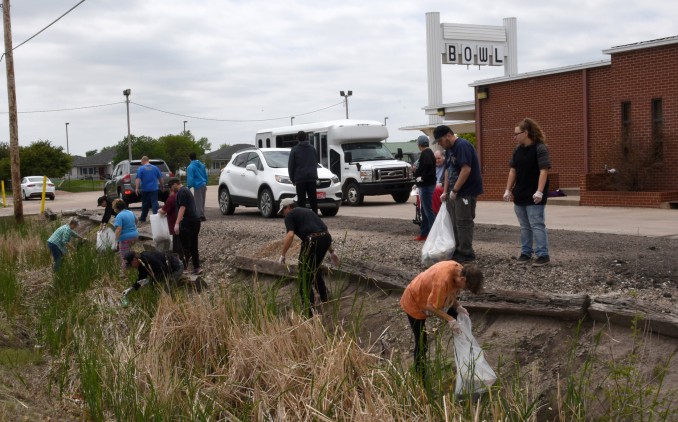 Service to Community – Rosewood Miracle Workers AKTION Club members pick up trash in the ditch east of Walnut Bowl, Great Bend. More than a dozen club members helped with the recent service project that helped to spruce up the area.

If businesses and organizations have service project opportunities for Rosewood AKTION Club, Pelster said they can contact her at 620-603-6502, or e-mail her at employmentspecialist@rosewoodservices.com.