To be considered a friend of Dick Warner is something special. It meant that you had his trust and with it, you got to experience his smile, compassion, and interests in current events, weather and music. 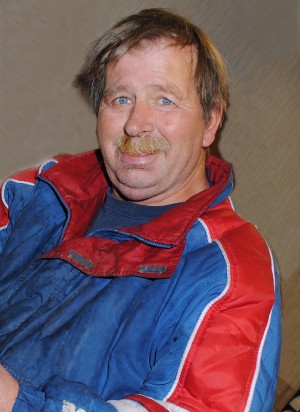 Dick was a quiet and kind person, who always showed respect to others. To everyone who spent time around him, Dick was a ray of sunshine to their day. Often his conversations would involve good-natured humor, interlaced with quick wit. It’s not surprising that his favorite actor and comedian was Robin Williams.

In conversation, Dick often reminisced about Dodge City and talked about his past jobs he held.

Spending many years with Rosewood Services, Dick had a multitude of Rosewood friends. He enjoyed having coffee and conversation with his dear friend, Ella Haberman. During so many of their conversations, you could hear and feel the warmth and comfort that they both had for one another’s company. He also regularly enjoyed the Outback coffee companionship of Duane Wilhelm and Bobby Dimmit, prior to both of them passing.

And you didn’t mess with Dick’s coffee cup. In fact, he kept it hidden high in the kitchen cupboard so that no one could.

Dick loved to walk.  He had a routine of walking to McDonalds for coffee, or to Kwik Shop for a soda. Those excursions gave community members an opportunity to know Dick and for him to know them.

He was a connoisseur of music. You could find him listening to his favorite local country radio station, but he also held an appreciation for classic rock bands, especially the Beatles.

We will sorely miss him keeping us on our toes, his conversations, his jokes and his loving friendship. Mostly we will miss seeing his smiling face and the daily joy that he brought to our world all of these years.

Dick's obituary can be viewed at http://www.nicholsonrickefh.net/obituary/dick-warner