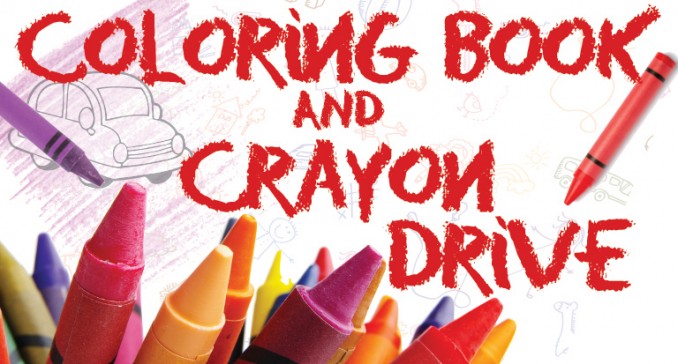 It can just as easily be called the “Bringing Smiles to Children Drive,” instead of the “Coloring Book and Crayon Drive,” because that’s the end result from the effort that Rosewood Miracle Workers AKTION Club gives each year for its annual drive. As fall approaches, Rosewood AKTION Club is embarking on its eighth annual drive to collect coloring books for area children. The drive runs through Nov. 30.

“It’s hard to believe that we’ve been conducting this drive for eight years now,” said Rosewood AKTION Club sponsor Frankie Pelster. “To think that we’ve been able to bring hundreds of smiles to kids’ faces during that time, it’s so inspiring. We couldn’t have made such an impressive impact over that time without strong participation by our community. People have been so willing to step up and help us each year.”

Upon completion of the drive, club members will distribute the donated items to Saint Francis Community Services, Great Bend; Clara Barton Hospital, Hoisington; and area preschools and day cares. The goal is to deliver the items to the local organizations during the Christmas season.

Last year’s drive netted 1,487 coloring books and 604 boxes of crayons, record amounts of donations for both items. For the fourth straight year, Rosewood AKTION Club is in a friendly competition with Rosewood Services employees to see which group can raise the most items. Rosewood Day Services employees have won the competition every year, but some years have been razor thin in margin of victory. Community donated items raised from the drive will go toward the AKTION Club count.

“Our AKTION Club members gear up for this drive every year because they recognize the impact it makes on children when they donate to area organizations each December,” explained Pelster. “We’re hoping to unseat Rosewood Day Services this year, but any way the friendly competition turns out, we’re just hoping for another successful drive for an opportunity to bring even more smiles to children’s faces.”