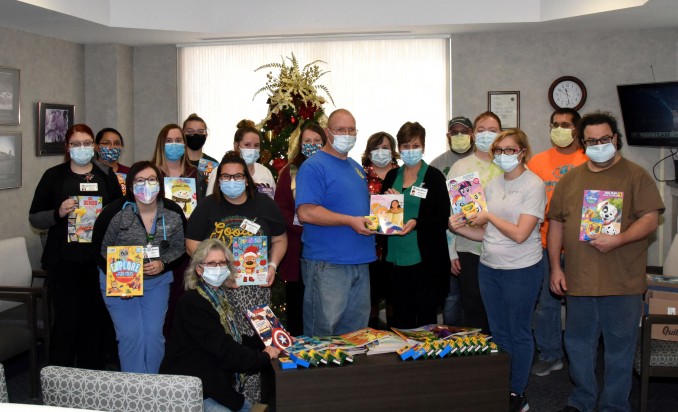 The Barton County community’s generosity seems to know no bounds. A Rosewood Miracle Workers AKTION Club community drive has resulted in record amounts of giving to children across Barton County and beyond. This year’s Rosewood AKTION Club coloring book and crayon drive netted 1,487 coloring books and 604 boxes of crayons. That’s more than 1,000 more coloring books than the drive has ever received, along with more than 140 boxes of crayons over the previous record amount collected last year.

Items from the annual drive, which wrapped up at the end of November, were delivered in time for Christmas to three organizations earlier this month. Rosewood AKTION Club split the deliveries among Clara Barton Hospital, Hoisington; Saint Francis Ministries, Great Bend, and Central Kansas CASA, Great Bend.

“I thought last year’s drive was tremendous, and it was, but this year’s drive blew last year away with the number of donations we received,” said Rosewood AKTION Club sponsor Frankie Pelster. “It means so much to our AKTION Club members that the Rosewood employees and the community responded in such a spectacular way. Our members truly enjoyed delivering the donations this holiday season because they knew they will be putting a lot of smiles on children’s faces throughout the year.”

For the third consecutive year, the coloring book drive became a fun competition as Rosewood AKTION Club challenged Rosewood employees to generate donations for the drive. Community donations were counted in the AKTION Club’s collection, while Rosewood employees in Day Services, Residential and Administration each collected coloring books and crayons for their respective teams. Day Services won the competition for the third straight year, accounting for

The donations were much anticipated by Clara Barton Hospital and Clinic as there were just two coloring books left and no crayon boxes from last year’s donations made by Rosewood AKTION Club.

“It’s perfect timing for us to receive this donation again,” said Shayla Cook, nurse manager for Clara Barton Hospital and Clinic. “Some kids just don’t get as much throughout the year, so it brings the biggest smile to kids’ faces for them to be able to have those coloring books and crayons and be able to take them home with them.”

“It’s always a fun highlight, getting to have the Rosewood group come in,” said Michelle Moshier, director of Clara Barton Hospital Foundation. “They just have such fun spirits and generosity about them. We really appreciate all of the efforts they’ve done to collect these coloring books and crayons for us to distribute. It’s very kind and thoughtful and we’re most grateful to be the recipients of their generosity and giving spirits.” 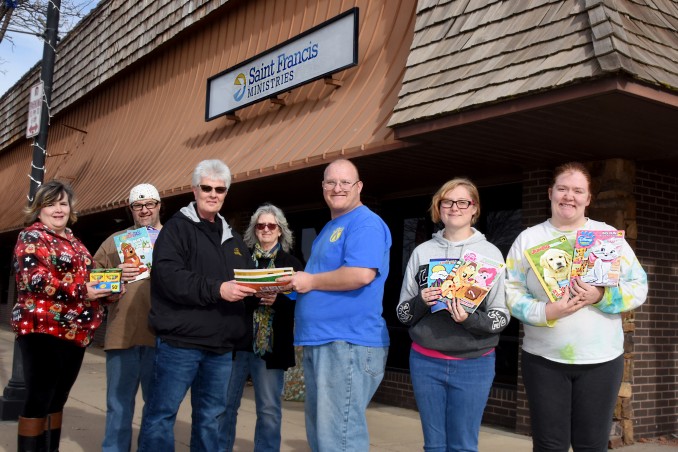 Similar sentiments were shared by Saint Francis Ministries representatives who serve nearly 100 area foster children and families. Mona Tursini, Saint Francis independent living coordinator, explained that the donated items would be given to children as Christmas gifts, as well as distributed to children throughout the year.

“This kind deed makes my heart very happy,” said Tursini, “What child does not like a coloring book and colors? It’s an opportunity for them to create, and explore their imaginations. It also can be a soothing experience for them if they’ve been through a lot of trauma.”

This was the first year for donating to Central Kansas CASA. The donation was much needed and appreciated by the organization, which represents foster care children in the district of Barton, Rice, Russell, Ellsworth, and Stafford Counties.

“We are the voice for the child in court,” explained Julie Gregg, executive director for Central Kansas CASA. “We’re just thrilled that someone thought of these kids. We love our kiddos that we serve. It’s akin to being a parent. Nothing makes a parent happier than when you make their child smile. That’s how we feel about our CASA kiddos. Getting to bring that smile to them and let them know that someone in the community is thinking of them is really exciting for us.” 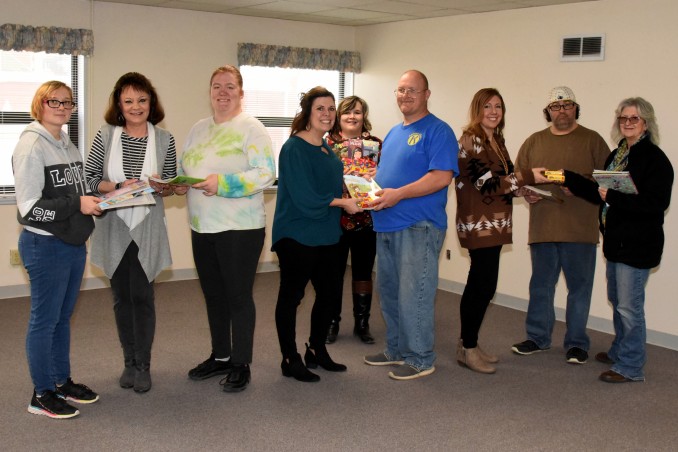 Rosewood AKTION Club is an affiliate of the national Kiwanis organization that promotes service in action for people with developmental disabilities. The area club allows Rosewood representatives to be actively involved in the community and to positively impact the lives of others.