This Is Our Land

My name is Tammy Hammond, Kansas land owner for 30 years. As I sit here on Independence Day 2014 my thoughts are consumed with the efforts of Grain Belt Express Clean Line's plan to run High Voltage Transmission Lines across my properties. 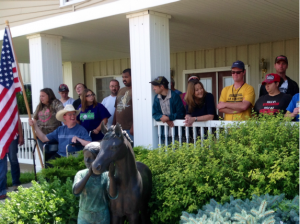 I'm very much opposed to the Grain Belt Express 140 feet tall transmission towers, carrying 750,000 volts of electricity, running across our land. I could list pages of serious health risks to my children and grandchildren, or provide statistics to the devastating de-valuation of property these High Voltage Power Lines will cause. Probably, you have already heard those arguments, so I would like to explain something which I believe to be much more profound...

I've been struggling for days with how to tell this story; how do I express with words why a landowner will fight till their last breath, and their last dollar, to keep what is rightfully theirs? How do you explain this so people understand the deep-rooted patronage of owning your piece of the American dream...your Freedom in the heartland...the place you proudly call home... What I discovered is something much deeper, much larger than Grain Belt Express....I believe it is "American Spirit", how fitting to tell the story on July 4th, our Country's Independence Day.

the recycle pile waiting to be shredded the next day. Intrigued by the cover I picked it up and flipped through captivating photos of the past.... The title read "Documentary Photographs of Kansas, 1936 -1949 Bust to Boom."

The inside cover read "Kansans of the 1930s and 1940s lived through more sweeping changes than any other generation past or present. Destructive forces of nature, an economy gone awry, and devastation..."

The preface told of photographers making ten trips to Kansas, leaving a legacy of more than 800 photographs now being housed in the Library of Congress and the University of Louisville. 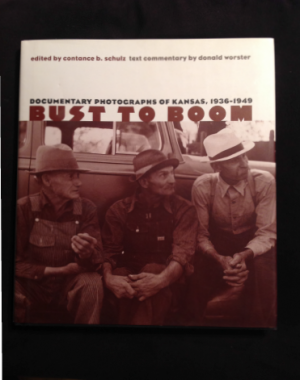 The first page reads, "The faces in this book are those of our parents or grandparents a half century ago. That is less than a single human lifetime, yet can seem very far away, so much has changed since then. Sitting in their bold print frocks or lined up with all the children in front, they look at us today with a smile or a frown, sometimes having fun, sometimes riven with anxiety, as from an old family photo album. They do, that is, if your family was in those years living a poor, rural, or working-class life; none of the country-club set can be found here. These are the ordinary people of Kansas going through a hard patch of war, dust storms, and depression, trying to survive. If we want to understand what they and their times were like, then we need to scrutinize their pictures carefully.

Kansas of those days, nostalgia tells us, offered a quieter existence, free of greed and violence of our time, rich in friendly neighbors - a place where you could still find old- fashioned virtue and trust a man to do what he said he would do. There is much in these photos 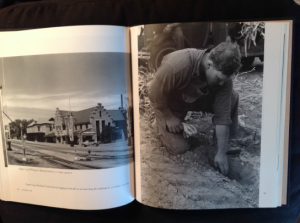 to suggest that such a kindly world did exist once upon a time....."

Flipping to the back cover I found these words, "I was supposed to be taking pictures to show that this was a great country and I was finding out it really was....I didn't know it at the time, but I was having the last look at America as it used to be." ~ John Vachon

How prophetic are the words of John Vachon. Are we taking a last look at Kansas as it used to be?

To tell my story, I need to start from the beginning. I was born in Dundee, Kansas, an unincorporated town with population less than 50. I was told our town was named after General Dundee, I believe this because I spent the first 5 years of life living in an old military 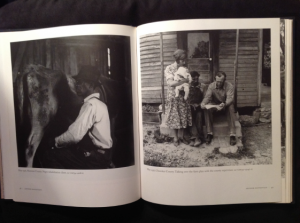 quonset hut left behind. Still feeling the effects of Kansas's devastated economy, we lived with no electricity until our family moved into a very humble home next door. Born in 1962, I'm the youngest sibling of 7, my parents born in the early 1920s talked a lot about living "during the depression". Growing up you worked hard, respected your elders and kept your word, no matter what.

In the 1980s interest rates skyrocketed. I remember "that day" sitting with my Dad on the court house steps while our family home was auctioned off,... after losing everything, our family was broke; eventually the stock market crashed, marking it in history as Black Monday. "That day" sitting with Dad on those steps will forever be etched in my memory as one of the worst days of my life, delivering a lasting impression forever. 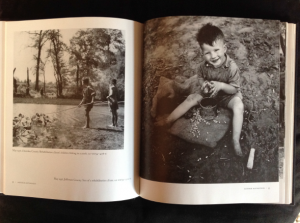 Years later, I remember a fond memory of walking with my Dad through an old homestead having 30 acres of rolling pasture, we were renting the pasture for Dad's cattle. Later that year, I purchased the ground and original farm house from Luther Cantfield on contract, this was a time when you could still be trusted by your handshake. A year later my husband Eric and I, fixed up the old farm house, living there for the next 10 years as we grew our family of 4 children. The first 5 years proved to be challenging, burning wood for heat until we could afford a gas stove. Eventually we moved an abandoned 3 story farm house built in 1902 from a homestead 4 miles away, owned by a farmer, Ralph Stump. Mr. Stump wanted to give the house to us if we paid to have it moved, ecstatic, we accepted his offer. Sadly Mr. Stump passed away a year later, before we completed renovations. I remember how happy he was for a young couple to have plans to fix-up his family home of three generations.

14 years later, this land and home allowed me to answer the call of parents and guardians who were wanting something better for their loved ones with disabilities, it became the location of Rosewood Ranch as Rosewood Services began.....we leveraged everything we owned; our home, cattle, anything of value; it provided the catalyst of the profound thinking of "there is no choice but to make it work"... So we did.

May 4th, 1998 marks the birth of Rosewood Services... Today, with hard work and dedication, Rosewood has become the largest service provider in southwest Kansas. Our World Champion Therapeutic Horse Ranch gained National recognition while appearing on the PBS American's Heartland series. Later, Rosewood opened the first, and only, Winery in North America dedicated to employing people with developmental disabilities. A year ago, Rosewood Services was honored by receiving the "Business of the Year" award from the Great Bend Chamber of Commerce, these are only a handful of accomplishments, from a list of many. But we are most proud of our Greater Purpose; "Changing the lives of the less fortunate, fostering a sense of self-worth never experienced before. "That is Rosewood," it's what we do....

My hope in sharing this story, is for you to understand, and possibly find inside yourself the reasons we will fight for our land. You see, we are kindred spirits with our ancestors that refused to leave Kansas during the worst of times, pulling together with quiet strength with 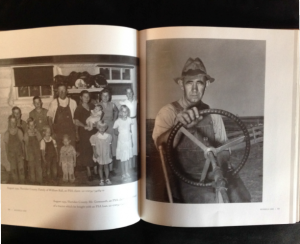 those who felt they had no choice but to persevere...

In a 1941 article, Buell Norris explains why most people in western Kansas chose to stay in Kansas. "Why do we stay? In part because we hope for the coming moisture, which would change conditions so that we again would have bountiful harvests. And in great part, because it is home. We have our family here and have so many precious memories of the past. We have faith in the future, we are here to stay...."

Sadly, On November 7th 2013, Grain Belt Express Clean Line was granted the power of "Eminent Domain" by the Kansas State Corporation Commission, giving away Kansan property rights. November 7th will forever be remembered as "that day", a day when Kansas officials "sold-out" the people they were elected by, for the benefit of Private Investors...many not even living in our country.

I hope this helps explain "Why"... because it's not something you can see or touch, it runs much deeper than that...it's the essence of freedom that words can never explain; you have to feel it....

So Today... this Message is for you, Grain Belt Express, Elected Officials or whoever is listening...

Do not underestimate our deep rooted sense of Freedom.... This is our land, my children's land, and so on for generations to come... Earned with "our" blood, sweat and tears, it is "we" who have the right to call this land home.... 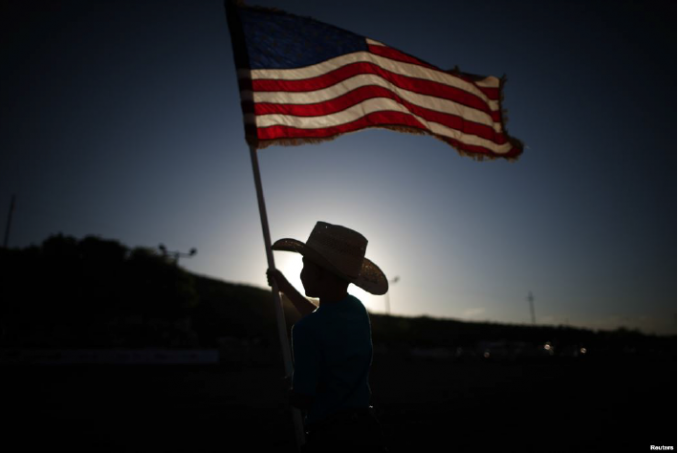 "Make no mistake. We planted our "Flag of Freedom" and we will fight to keep it... you cannot have it... you have not earned it... we are here to stay"...
~ Tammy Hammond