Toward the end of his illustrious life, Albert Einstein expressed, “Try not to become a man of success, but rather try to become a man of value.” Einstein’s sentiment encapsulates the life of Sandy Smith. She spent decades diligently toiling in her daily life, being a blessing to others and making a positive impact on their world. Without pomp and circumstance, she left a lasting and meaningful legacy behind of being the consummate caring person in the lives of so many. 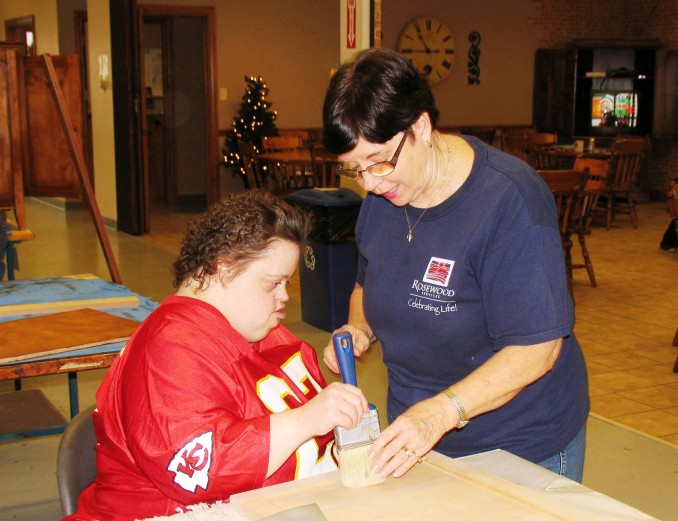 Sandy served as an original employee of Rosewood Services. She brought her younger sister, Kandis Pedigo, to the agency to receive services when it first opened in 1998. Immediately from that point, Sandy become an integral part of Rosewood and its heritage. In November 2001, she became the first manager of Rosewood Gallery and helped to establish Rosewood’s footprint in central Kansas retail, while working alongside those receiving services.

Many of her workers fondly referred to her as “Mama Sandy,” because of the loving connection and care she provided to them for so many years. She meant so much to them that they stayed in contact with her, even after her retirement. She was never too busy to take their telephone calls, or to come see them at one of their activities. She especially like playing the role as Mrs. Claus, alongside her husband’s Santa Claus for the sheer enjoyment it brought to the community and to her Rosewood Family each year.

She retired from Rosewood Services in 2013, after serving folks with developmental disabilities for 15 years, including a dozen as Gallery manager. She referred to herself as a “jack of all trades” from her early work with Rosewood Services.

“You learned fast and it was really busy, but we had fun doing what we did,” remembered Sandy in February 2013 when she was on the cusp of retiring. “I’ve loved every minute of working here at Rosewood.”

Though she never sought recognition, Sandy was named an “Outstanding Service Individual” in 2010 for her work in helping people with developmental disabilities. She attended the Governor’s Excellence Awards Ceremony in Topeka to receive her award from Kansas Gov. Mark Parkinson. 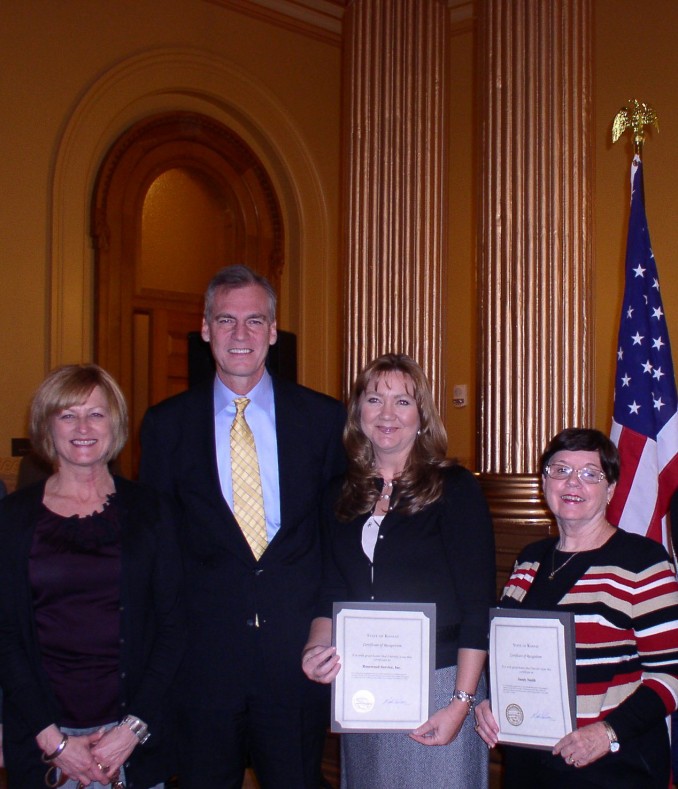 Following retirement, Sandy stayed connected with the agency. She took great pride in serving as Rosewood Roots & Wings Foundation Board President, and every year she was counted upon to help with the annual Rosewood Rodeo and 4-Corners Oktoberfest celebration.

Because of Sandy’s caring nature, she had a lot of friends in the greater Great Bend community. She would call upon them for involvement in Rosewood Services and Roots & Wings Foundation endeavors. She was always eager to help, and even lead the charge, when it came to improving the lives of people with developmental disabilities.

We will miss you Sandy Smith, but we will never forget the memories and the groundwork that you laid for our agency as we pay your legacy forward. God Bless You!

View photos of Sandy through the years